The weather really turned on a great day for the 34th Annual Ashgrove Ram Sale, held on Friday 21st November. This was the first sale held at the new home of the Ashgrove Coopworth Stud in the Tangowahine Valley under the new ownership of Ashgrove Limited. 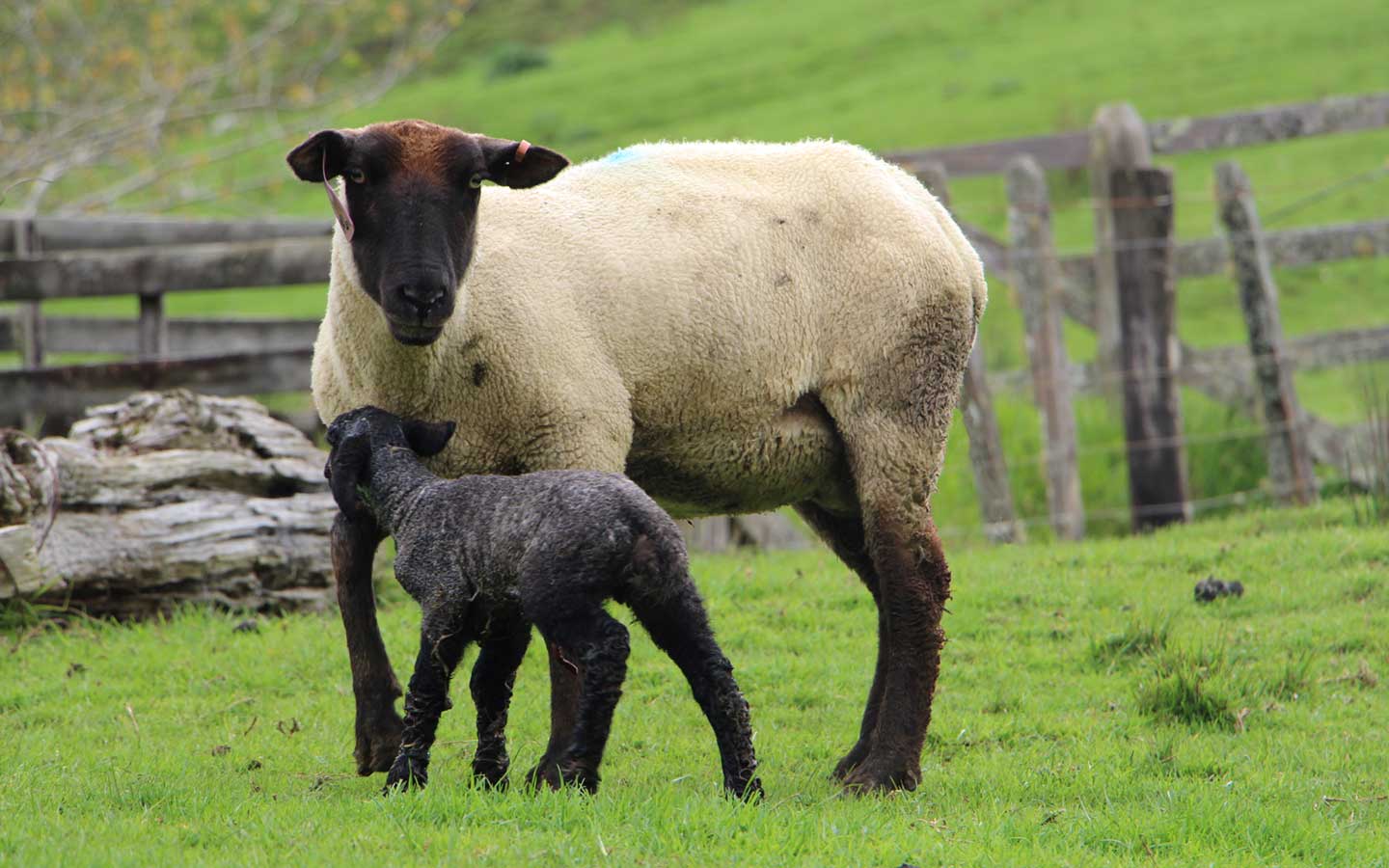 The weather really turned on a great day for the 34th Annual Ashgrove Ram Sale, held on Friday 21st November.  This was the first sale held at the new home of the Ashgrove Coopworth Stud in the Tangowahine Valley under the new ownership of Ashgrove Limited.

There were a couple of other firsts for the sale. It was the first time all rams catalogued were over a Dual Purpose Production (DPP) index of 2000, and also the first time a ram of with a DPP index of 3000 was sold, reflecting the significant genetic gain Ashgrove has been making year on year.

It was a busy few days leading up to the sale with building seating in the covered yards, and a selling pen for the rams to be auctioned. However at 10am, long time clients Giles and Theresa Lusty of Raglan and also Charlie and Kerry Seymour of Whangara, Gisborne, were the first clients in the gate, catalogues in hand ready to inspect thoroughly the rams on offer.

Rams this year were sold by tag number, rather than highest index rams first down to the lowest index rams last.  The intention was to mix the lots up so there was less likelihood of high priced buyers all competing to get the pick of the pen, when they could actually be chasing different rams. Unwittingly though, the lowest indexed rams came through first. These were sons of 607/11, a sire from another stud which had been put with the ewes three weeks early before he went back home to be used in his owners flock. Because 607/11 was our lowest ranked sire his sons had the lowest indexes. Therefore the sale was quite slow initially with buyers holding off waiting for some higher index rams to come through.

Of the first 20 rams put up around half were passed in and the auctioneer was getting a little flat. However things then fired up and there was spirited bidding from then on. By the end of the sale a few buyers were wishing they had jumped in earlier. Needless to say we will be reviewing how we catalogue the rams next year as it did create a little pressure for the buyers when they were still short on rams towards the end of the sale.

Auctions always create a little uncertainty, however we always aim to oversupply the market so buyers have sufficient choice. While most rams these days are sold by private treaty, Ashgrove clients frequently say they like to see all the rams on offer and get an equal opportunity to buy the rams they want. Unlike a private treaty sale where they see rams that may have been picked over by several buyers already.

A total of 77 rams were sold at an average of $1260 per head, including some of the passed in rams  purchased after the sale. 11 rams remained unsold.

It was a great atmosphere on the day as we concluded with a BBQ and a cold beer. Like a rugby after match function there was plenty of post auction analysis, as well as great discussion that flows when farming friends get together in a great country setting.

We really appreciated the strong support and faith that was placed in the Ashgrove team and the rams that we put up this year as new owners of the Ashgrove Coopworth Stud.